We Can Repair Chrome, Metal, and Plastic Bumpers. On Trucks,Vans and Cars

I started my business in 1997 , and I’ve personally repaired over 20,000 bumpers, and here are some of my bumper repair stories.

If you ever have a question about your vehicles front or rear bumper give me a call, I’ll be happy to give you my expert advise. Tap Here to Call (310) 339-6883

Below are just a few bumper repair stories:

I received a call from a plumber, he was upset that he dented his chrome front bumper on a Chevy company van. He had gone to 2 different body shops, they wanted to keep his van for 2 days for the bumper exchange, and charge way too much. I had him text me 3 pictures of the dented bumper, and gave him a price quote, I repaired the bumper the next day, at his work, in 2 hours for a third of the price that the body shop had quoted him. He and his boss were very happy.

My neighbor hit one of our neighbors truck. They didn’t want to go through the insurance company to have to pay a deductible, so they asked me to do the repair. The truck was a Toyota Tacoma and had a  baseball sized dent. I repaired the dent in a hour, and charged them less than half of their deductible.

I was at a restaurant eating lunch, and got a call from someone that happened to be next to my truck. The person wanted me to look at his bumper. After I ate my lunch, I went out and looked at his bumper and gave him an estimate. He was so excited and asked me to follow him back to his work site to fix his Dodge truck front bumper. While I was at his work site, I ended up fixing 2 other bumpers. One was a Toyota Tundra and and the other a Ford F-250.

I once had a lady call me about her front bumper on a Honda Civic which was hanging loose. The lady’s  lease was going to expire the next week after and she needed the bumper fixed before she turned it in. I asked her to text me pictures of the bumper, and later that day fixed her bumper.

An auto wholesaler once called me about a dented and pushed in bumper on a Chevy Silverado front bumper. I gave him a quote that was hundreds of dollars cheaper than the body shop that usually did all his work. I have been fixing bumpers for him for over 10 years now.

A buddy of mine lost control of his Chevy Suburban, and hit a pole. His bumper was pushed down into the tire. He called me, and I was able to straighten his bumper, so he could drive home, and he saved money not calling a tow truck or having to change his bumper.

Once a carpet cleaning company called me to repair one of their Ford vans. There was a dent in the back bumper and was bent up so bad that they couldn’t open the back door. I was in the neighborhood when they called, I repaired the bumper in a hour, and he was able to go back to work.

I have repaired a lot of bumpers, call me and text me 3 pictures of the damaged area (top, side and front)  and let me know in what city you need the work done. I will text you back with a money saving estimate. If I cant help you I will try to get you in touch with someone who can.

Call me any time my name is Ned Nelson and I have been servicing all of Los Angeles and  Orange County areas for over 18 years.

I’m looking forward to working on your bumper.

Check Out Our Work 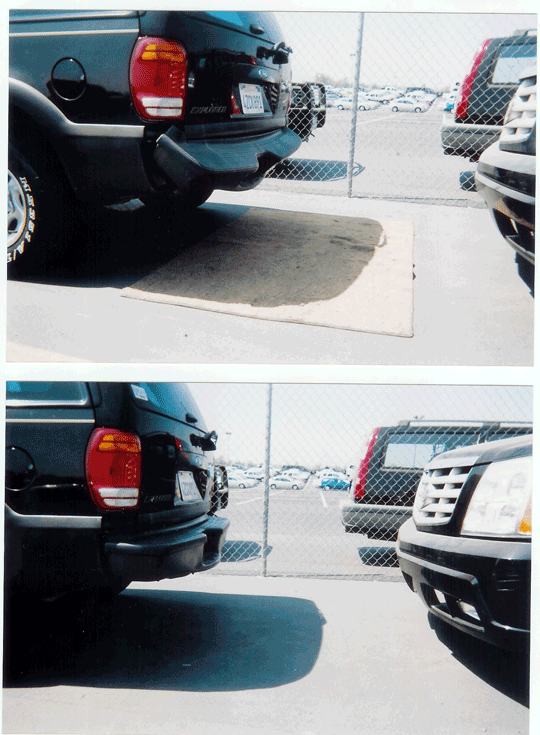 Talk with an expert for all your: bumper dent removal - re-attach bumpers - bumper straightening. Call us today and don't waste your money on extra repairs you may not need.